Connect to the BIPM’s YouTube channel (https://www.youtube.com/thebipm) on 16 November, 2018 at 11.00 Paris time (12:00 South Africa), to watch the live open session of the 26th General Conference on Weights and Measures voting on the revision of the SI and redefinition of four of the base units.

The countdown to 16 November, 2018 has begun, as the global technical and scientific community eagerly await a vote to take place at Versailles, France, to adopt a landmark change to the International System of Units (SI). The change, if adopted, will remove the last physical artifact and enable all world measurements to be defined by nature’s fundamental laws.

The changes to the SI are focused on four of the seven base units, the kilogram, ampere, kelvin and mole, enabling, respectively, measurements of mass, electric current, temperature and amount of substance, to be as precise as those of time and distance. The new definitions will be based on fixed numerical values of the Planck constant (h), the elementary charge (e), the Boltzmann constant (kB), and the Avogadro constant (NA).

The SI, which has seven base units, the second, metre, kilogram, ampere, kelvin, mole and candela, has seen increasing accuracy over the past 50 years, through dedicated work by the scientific community that will culminate at Versailles on 16 November.  If the resolution is approved, then the SI System will be based on seven physical constants, making it inherently stable and positioning our measurement system for the future. 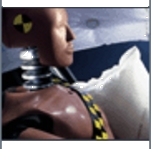